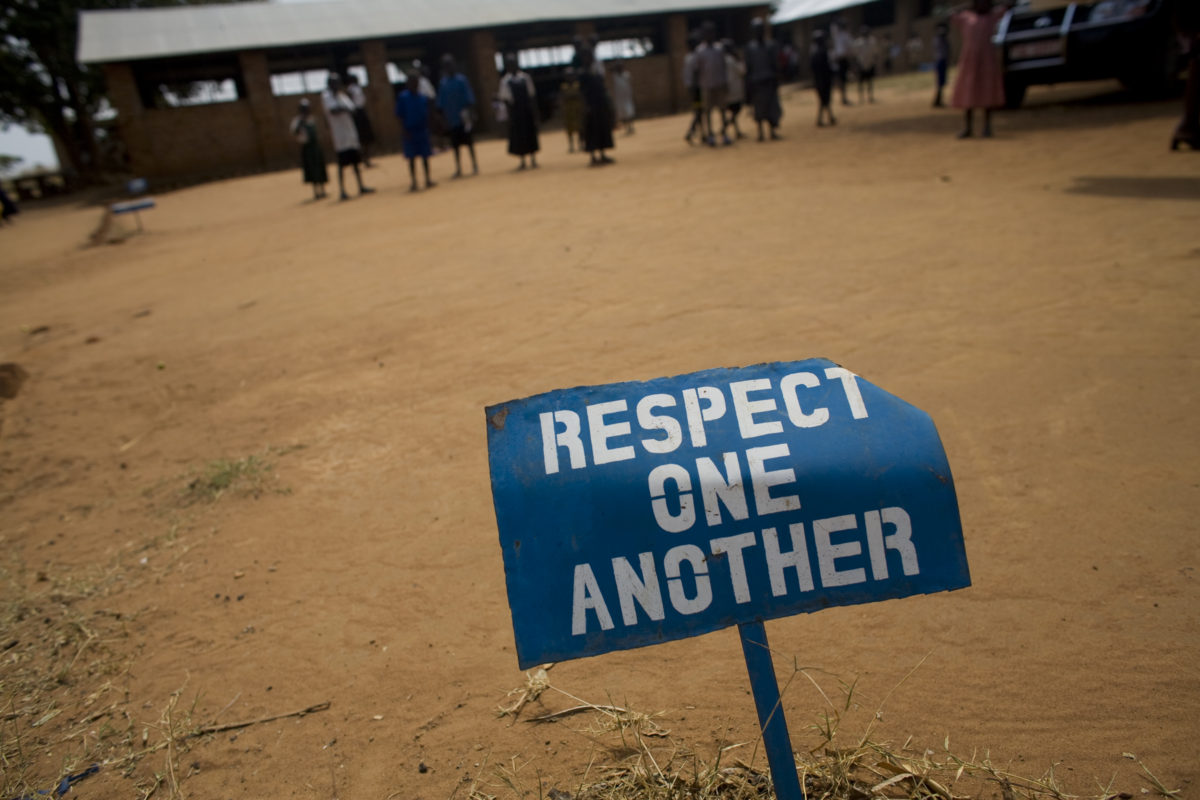 Growing up in a war-zone like the Democratic Republic of Congo (DRC) is hard enough. Years of conflict has claimed over 5.4 million lives, and left a staggering 7.5 million children out of school, a lost generation in the making. But for kids like Frederic living with albinism, discrimination, violence and social exclusion characterize each day.

Albinism is a rare condition that deprives the hair, eyes, and skin of melanin, our body’s natural pigment. In the DRC, many believe albinos to be ghosts; spirits that never die. This has created a gruesome illegal market in body parts across the region. Shockingly, an albino corpse can be worth up to $75,000. Beyond the physical and emotional abuses albinos in the DRC face, structural barriers to education, employment and participation in society leave them marginalized and unable to provide for themselves.

Fredric is just 13-years-old. He and his family were forced to flee the DRC due to increasing violence and are now living in a refugee camp in Northern Uganda. After surviving a brutal war, it was ultimately bullying and isolation that forced him to drop out of school. At home, he faced constant abuse from his father who beat him and threatened to sell his hair at the local market. He thought his education was over.

War Child works in Northern Uganda to increase access to education by rebuilding schools, training teachers and offering Accelerated Learning Programs (ALP) to help kids like Fredric catch up on years of missed education. Given the many challenges out-of-school youth in Northern Uganda face, we also provide our ALP students with psycho-social counseling, and conduct home visits with their families to ensure they know and respect their children’s rights.

Frederic is now a level one pupil at one of our ALP centers where he is slowly learning to rebuild trust in his family, teachers and peers. During his counseling sessions, he was able open up about the abuse he was experiencing at home. Our project staff made a home visit where they met with Frederic’s father and educated him about albinism, and about the rights of every child.

With the encouragement of his teachers and classmates, Fredric now says he loves to study.

Like Fredric, all children in war-zones face a unique set of challenges. But every child shares the right to a childhood, complete with education, security and care. With the support of donors like you, we can continue to give the most vulnerable kids in war-zones a shot at a brighter and better future.